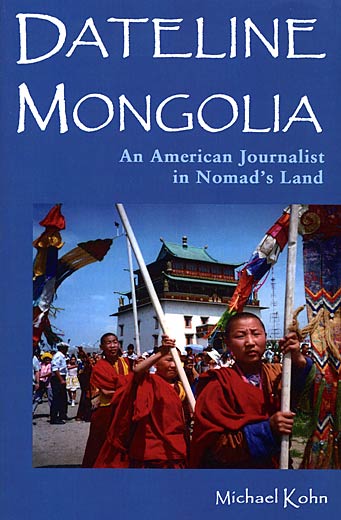 Michael Kohn, editor of the Mongol Messenger, is one steppe ahead of the journalistic posse in this epic Western set in the Far East. Kohn’s book is an irresistible account of a nation where falcon poachers, cattle rustlers, exiled Buddhist leaders, death-defying child jockeys and political assassins vie for page one.

The turf war between lamas, shamans, Mormon elders and ministers provides the spiritual backdrop in this nation recently liberated from Soviet orthodoxy. From the reincarnated Bogd Khaan and his press spokesman to vodka fueled racing entrepreneurs and political leaders unclear on the concept of freedom of the press, Kohn explores one of Asia’s most fascinating, mysterious and misunderstood lands.

Books and Maps on Related Topics: